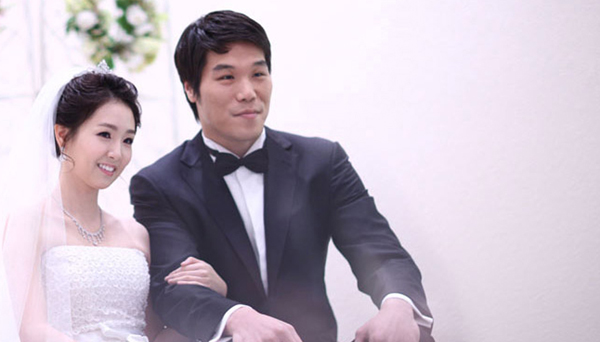 Newscaster Oh Jung-yeon and her basketball player husband of three years, Seo Jang-hoon, have called it quits. The two are currently avoiding contact with the media and have not made statements on the matter.

Oh is said to have filed for divorce with the Seoul Family Court on March 14. Rumors about the breakup began circulating last year, though both parties denied them at the time.

According to online news outlet Interview 365, the couple’s contrasting personalities were thought to be the main cause of the breakup.

The couple met in 2008 when Oh hosted the basketball show “Viva Jump Ball.” The two began dating in May 2008 and walked down the aisle a year later. The announcement of the couple’s divorce came as a shock to the public as the two had maintained a happy front until now. They were often referred to as “love birds” in the media due to their affectionate behavior.

Oh made her debut as an anchor at KBS in 2004 and hosts talk shows and news programs at the network.