Bands not bait, but shrewd investors

Bands not bait, but shrewd investors 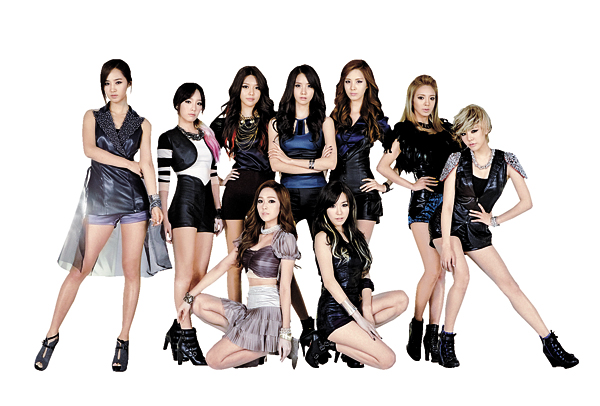 
As members of Girls’ Generation, one of the most popular girl groups in the country, became official shareholders of SM Entertainment on March 26 amid much media buzz, it highlighted a new trend in the way entertainers are investing in their agencies’ stocks.

Unlike in the past, when entertainment agencies used such moves as a marketing tool to boost their share prices, they are now apparently just as eager to issue new shares to their top signings in order to highlight their commitment to the bands.

SM issued new shares to all nine members of Girls’ Generation early last week, as well as to 38 members of other pop groups and singers affiliated with the company, including TVXQ and SHINee.

Each singer was offered between 110 and 680 shares, adding up to 22,120 new shares worth a total of 978 million won ($864,000), the company said in a regulatory filing. The purpose of the move was to “establish business partnerships with the entertainers, as distinct from the pre-existing relationships between the singers and the company,” it said.

Strangely, however, SM’s share price remained unchanged the next day, and even fell by 1,250 won ($1.1) two days after the celebrity snap-up was announced.

This contrasts sharply with past cases, when news of this kind often led to surging stock prices of the agency in question.

Korean heartthrob Rain’s acquisition of Satec, a Kosdaq-listed mobile phone component company, several years ago serves as a perfect illustration of this. Immediately after the singer invested in the company in 2007 its share price rose by the daily limit of 15 percent and continued hitting the daily ceiling for the next seven trading days - more than doubling from 10,350 won on Oct. 4 to 25,600 won on Oct. 15.

Investors did not care what Satec was or how it performed. Many bought the shares after simply hearing rumors that Rain planned to launch an entertainment business of his own.

But analysts claim that entertainers now have different motivations and goals for investing in their respective agencies.

“In the past it was just a gimmick to boost the share price quickly,” said one analyst in Seoul. “But nowadays entertainment agencies are using it as a means of sharing profits with their entertainers [because they have already developed their own profit models].”

“Investors no longer buy shares of companies that don’t have profitable business models because they realize that their share prices do not continue to rise,” Kim said. “Things have changed.”

Kim said that using entertainers’ purchases of shares to bait investors has all but disappeared because it is not effective anymore. Most entertainment companies have become highly profitable and no longer need to exploit their singers in this way, he added.

Choi Ung-pil, an executive of KB Asset Management, said that SM’s issuance of new shares to its entertainers is more of a “symbolic gesture” by both the agency and its singers.

Rather than seeking economic gains, their investment shows their commitment to the company and vice-versa, he said.

However, even though the principal goal is no longer to boost the company’s share price, such moves certainly do no harm to its reputation.

“They invested in SM because they believe it will grow steadily but surely, rather than buying shares in a bid to make a quick killing,” said Choi, giving an example of the roaring success of K-pop overseas in tandem with the renascent Korean Wave to show where they make their real money.

“TVXQ has a series of concerts scheduled in Japan in the first half of this year that are expected to draw a cumulative audience of 550,000, which will net the band’s members billions of won from ticket sales alone,” he said. “Compared to this, the money they can make from their 10 percent discount on 680 shares in the agency is a trifle.”

Kim concurred that the value of the shares the singers purchased was not very big. “But it sent a message that the agency is taking care of its singers.”

Both analysts said that SM is more focused on trying to command the respect of fans and the loyalty of the bands it represents.

YG Entertainment, another leading Korean agency, said it is considering a similar share offering. “This is also about rewarding them for all their hard work,” said an official at the company.