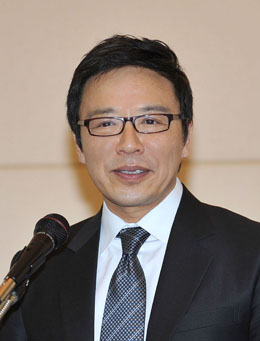 Han studied politics and economics at Waseda University in Tokyo, then joined Daiwa Securities Group, Japan’s second-largest stock brokerage, after graduating and serving as chief of the group’s branches in London and Seoul. He was also co-CEO of DC Advisory Partners in London.