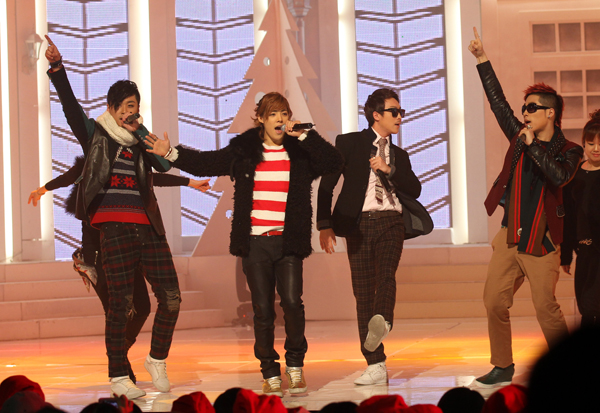 
Hip-hop group MIB will represent Korea at the “K-pop Night at Music Matter 2012” conference to be held in Singapore on May 22. The group will take to the stage before the press and music industry representatives as well as foreign fans at the international conference.

Other Korean artists to attend are Tiger JK, Yoon Mirae and Bizzy; all are renowned Korean hip-hop artists.

The conference is sponsored by the Ministry of Culture as well as the Korea Creative Content Agency.

International artists like Jason Mraz have previously made an appearance at the annual show that is geared toward exporting K-pop to the world.

Meanwhile, MIB was deemed fit to represent K-pop due to its surging popularity as a newcomer. Despite having debuted just last year, fan cafes for the band cropped up in more than 13 nations as it entered onto the K-pop scene. The group will release a single album entitled “Celebrate” on April 5 which it will also perform for the first time on the show M Countdown! on the same night.