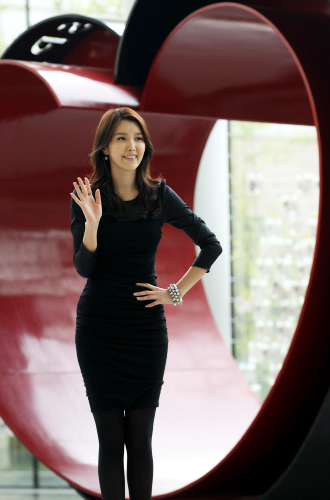 Actress Chae Jung-an is in the spotlight as news that she is in a relationship surfaced on April 5. Amid circulating rumors, Chae’s agency did confirm that she has been dating someone for the past two months.

The boyfriend of the 34-year-old star is said to be a businessman in his mid-30s with a kind disposition.

According to Edaily earlier in the day, the two met last fall at a church and began dating. Their shared faith was supposedly the initial main point of attraction between the two. Chae’s church is known for having a lot of celebrity parishioners.

Apparently, the couple has attended church together on numerous occasions in clear view.

“Chae has been through a lot of hurts in the past, but since meeting her boyfriend she has become quite positive,” a source told Edaily, a news site specializing in finance.

Those close to the star are anticipating good news to follow soon.

Meanwhile, Chae has been out of the spotlight for some time after appearing in the drama “The Queen of Reversal” early last year.