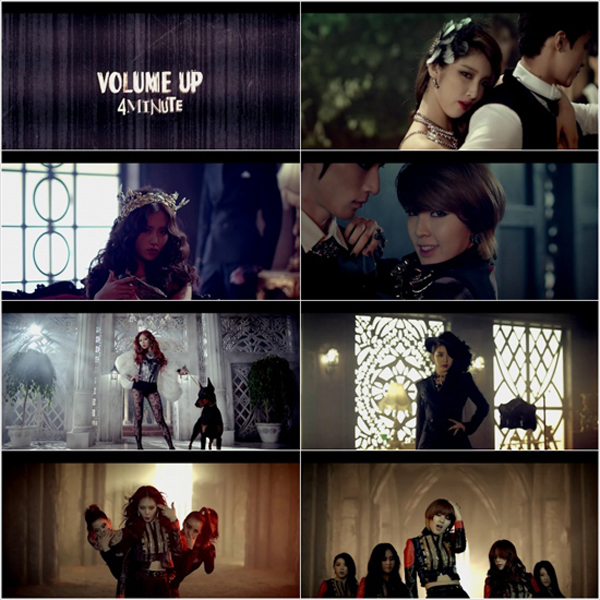 4Minute has released a new music video for the song “Volume Up,” which is the title track of its third EP.

Cube Entertainment uploaded the video on April 9, and the video generated more than 200,000 hits in less than one day.

The video, just over four minutes long, starts off zooming in on Hyun-A from the back, and as she turns, the girl group member can be seen looking like a vampire.

The sexy clip showcases the powerful dance moves and acting skills for which the girls are famous.

Overall, the EP, which is the band’s first release in over a year, contains seven tracks, including “Volume Up.”