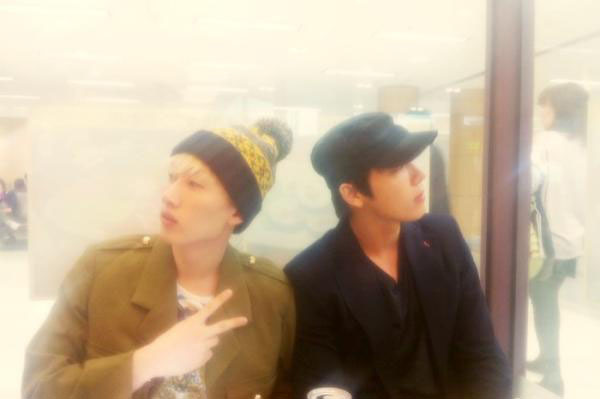 Donghae tweeted on April 11, “We are going to an ‘Oppa Oppa’ fan meeting. Oppas are making it big in Japan.”

Along with the tweet, the Super Junior member uploaded a picture of himself and fellow member Eunhyuk. The two stars of the subunit duo released the single “Oppa Oppa” in Japan on April 4. The single reached the No. 5 spot on the Oricon daily chart on April 9.


The original song by the duo debuted in Korea on Dec. 16 and was a big hit, owing to its fun lyrics and upbeat melody. The hit song was remade for the Japanese market and bestowed with a new title before it was released on CD and DVD.
Eunhyuk and Donghae also performed the song in Japan during Super Junior’s world tour, “Super Show 4,” which wrapped up in early March.