Hyeun Young takes a break from TV due to pregnancy

Hyeun Young takes a break from TV due to pregnancy 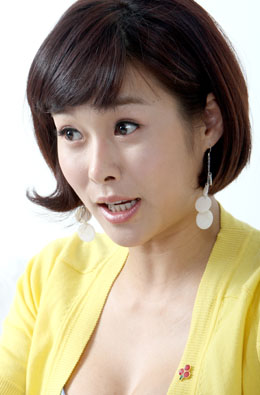 Entertainer Hyeun Young will take some time off from hosting various TV shows to focus on prenatal lessons as she enters her fourth month of pregnancy.

A spokesperson for the star announced on April 11 that the entertainer will take a break from hosting shows such as “She’s Just Not That Into You,” “God of Food Road” and “Talk Show No Comment.”

“It’s too much for her to partake in these shows while she’s pregnant. During the break, Hyeun Young will take some prenatal classes and will resume her TV shows after giving birth,” said a representative from her agency.

Hyeun Young tied the knot in early March to a finance man when she was about a month pregnant, but confirmed that she was with child only after the wedding.