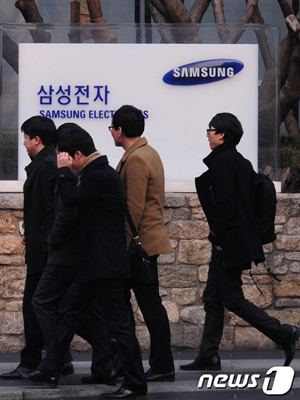 For the first time, Korea’s workers’ compensation agency acknowledged industrial accident status for a former Samsung Electronics employee who developed a disease she blamed on working conditions at the company’s semiconductor plant.

The Korea Workers’ Compensation and Welfare Service approved industrial accident status for a 37-year-old female worker only identified by her last name Kim, who retired in 1999, the agency said Tuesday.

Kim applied for the status last year for the aplastic anemia she believed she developed from working conditions at the factory. This is the first time that the agency acknowledged industrial accident status among 22 similar claims filed since 2007 by former Samsung employees. The agency rejected 18 applications and is still reviewing three other claims. Aplastic anemia is a condition in which bone marrow does not produce sufficient new cells to replenish blood cells. According to Wikipedia, in some cases the disease is associated with exposure to toxins such as benzene.

Kim worked for one year from December 1993 at Samsung’s Giheung plant in Gyeonggi and four years and five months at the company’s factory in Onyang, South Chungcheong.

“There is the likelihood that Kim was indirectly exposed to organic solvents that included benzene,” the agency said in a statement.

“Analyzing Kim’s blood at the time of her retirement, there were already symptoms that showed anemia and a decrease in blood cells,” said Kang Chung-won of the Korea Occupational Safety and Health Agency, who conducted the epidemiological study on Kim.