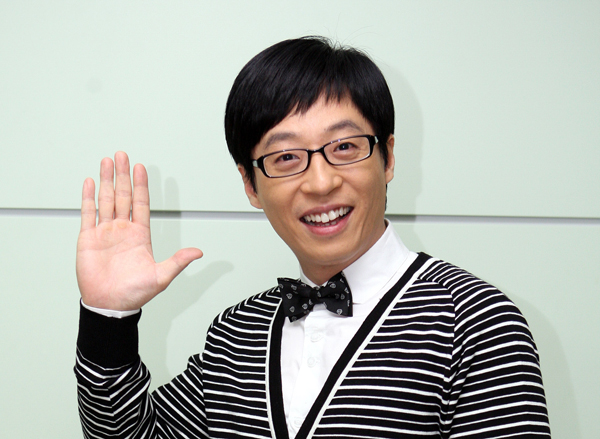 
For the fifth year in a row, Yoo Jae-seok has been selected as best comedian in the Korea Kids’ Choice Awards.

This year, Yoo secured 63 percent of the 8,283 votes that were cast in an online survey by children in the best comedian category.

“I just want to thank the kids,” Yoo said after learning that he won the award. “Last year, I wondered what it’d be like to win five years in a row. It’s such an honor to realize that dream.”

Yoo has always been a popular entertainer among young Koreans.

Previously, in an episode of “Infinite Challenge,” which he hosts, Yoo was selected as the best looking male contestant on the show by elementary school students.