Oh Soo-min walks down the aisle

Oh Soo-min walks down the aisle 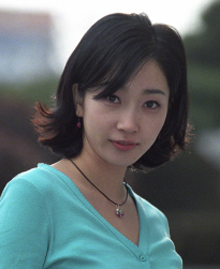 Actress Oh Soo-min from the drama “Hero” married a businessman surnamed Han yesterday at a ceremony at J-Gran House, a wedding hall in Namsan, central Seoul. The wedding between the 31-year-olds was hosted by the groom’s friend, while Oh’s close friend Jang Yoon-jung sang a celebratory song for the couple.

After the wedding, the newlyweds departed for their honeymoon in the Maldives. Upon returning to Korea, the two will move to a home in the affluent neighborhood of Sinsa-dong, southern Seoul.

The two met a year ago at a social gathering and hit it off straightaway. The date of the wedding, April 13, marked their one-year anniversary as a couple.

In March, Oh made her much awaited comeback to the small screen by starring in “Hero.” She will also star in the movie “Band-Aid” alongside Hallyu actor Ko Soo this year.