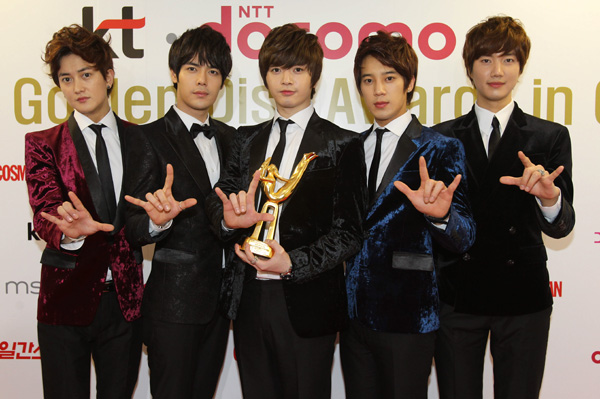 
Boy band Cho Shin Sung’s newly-released DVD, “Fan Meeting 2011 - For You,” sold more than 9,070 copies in its first week since being launched on April 11, taking the No. 1 spot on Oricon’s general weekly chart.

The accomplishment places the boy band among the ranks of TVXQ and JYJ, as both groups have topped the chart previously. The three bands’ success is an unprecedented feat for Asian boy bands of non-Japanese descent.

The DVD contains footage of the band’s fan meeting which took place in October last year at Saitama Super Arena, just before band leader Choi Yoon-hak left for the army.

Performances, rehearsals and a look into the band’s daily life are captured in the DVD.