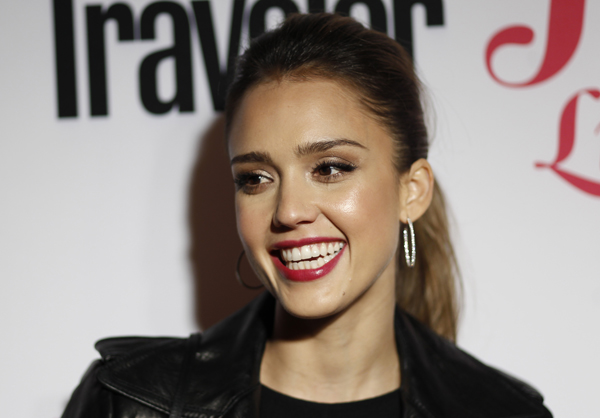 
Hollywood star Jessica Alba made a surprise visit to Korea with her family over the weekend, local media reported yesterday.

According to the report, the 30-year-old actress who is famous for the television series “Dark Angel” (2000-2) and movies like “Fantastic Four” (2005) and “Sin City” (2005), was seen at a club in Gangnam District, southern Seoul, Saturday night.

Alba was with her husband Cash Warren, whom she married in 2008, and stayed in a club for about an hour, the report said.

And she didn’t just stay in the VIP room but rather sat down at a table and had a drink.

Her visit to Korea was confirmed by several people who visited the club that day. Some of them uploaded photos of Alba and tweeted that they saw the star.

Her visit to Korea wasn’t an official one with a planned schedule, but just a family vacation. Alba, Warren and their two children ? Honor and Haven ? visited Japan last week.