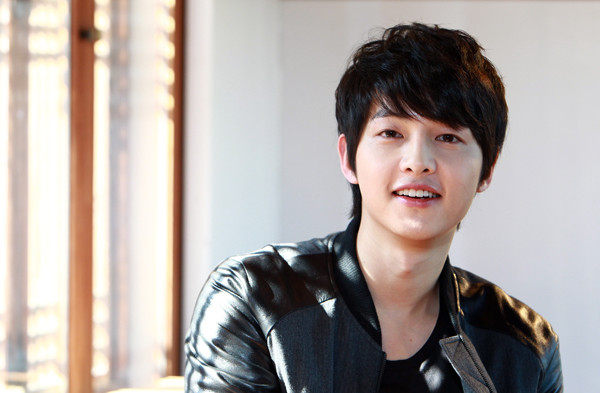 
Hallyu actor Song Joong-ki is set to make six stops throughout Asia, starting with Thailand on Saturday. The event was orchestrated by the actor as a thank you present for his fans overseas.

“The Song Joong-Ki Asia Fan Meeting Tour” has a subtitle of “Thrill & Love,” and the actor is currently mulling over various approaches for his time on the stage. He says that he hopes to communicate with and captivate his fans while on tour.

The first stage of the tour will take place at the Paragon Hall in Thailand.

The 26-year-old is a rising actor who was recently picked to be the face of Seoul Milk due to his “fresh and youthful image.” Song also landed an exclusive deal to represent Sprite.

He made his debut in 2008 in the movie “Ssang-hwa-jeom” (“A Frozen Flower”) and rose to fame last year playing the role of the young King Sejong in the SBS drama “Deep Rooted Tree.” Song recently wrapped up filming the movie “Teenage Werewolf.”