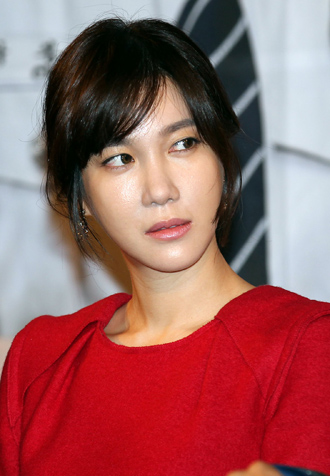 A major mix-up at a Taiwanese newspaper had a gigantic picture of actress E Jiah set alongside a story about a womanizing Chinese politician, leading to outrage from the star’s agency.

On April 12, UDN Press printed an article about the former mayor of Dalian, Bo Xilai. The newspaper linked him to countless women and emphasized his relationship with newscaster Jang Weijie.

However, instead of printing Jang’s photo, the newspaper placed a large picture of E on its front page. It apparently took the image from a drama in which she starred some time ago.

“As you can guess, E is as shocked as we all are,” the actress’ agency said yesterday. “The newspaper did announce the misprint on the following day, but E’s reputation has already been tarnished. Furthermore, officials from the newspaper haven’t even called us to apologize.”

The agency added that it is contemplating whether it should pursue legal action to remedy the harm done.