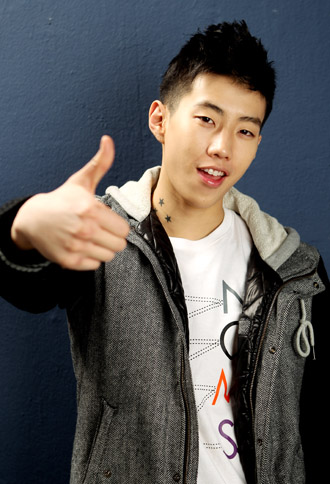 Singer Jay Park is set to make a tour of four Asian nations starting Friday. This is Park’s first overseas promotional work since his sold-out concert in Korea back in March. While on the tour, which lasts until May, the 25-year-old entertainer will promote his newly-released album “New Breed,” in Singapore, the Philippines, Indonesia and Malaysia.

In Singapore, the first stop of the tour, Park will also attend an entertainment awards ceremony called Star Awards, where he will perform for more than 6,000 fans on Saturday at the Marina Bay Sands resort.

At other cities Park is set to visit, he has a busy interview schedule as he promotes himself on local media around Asia.

And on Monday, Park was named an honorary ambassador for “R-16 Korea 2012,” a publicity campaign designed by the Korea Tourism Organization. Park will be responsible for advertising the Korean B-boy movement to the rest of the world.

He will also take part in MBC reality television show “Music and Lyrics” later this year.