Park Si-eun is ready to get married

Park Si-eun is ready to get married 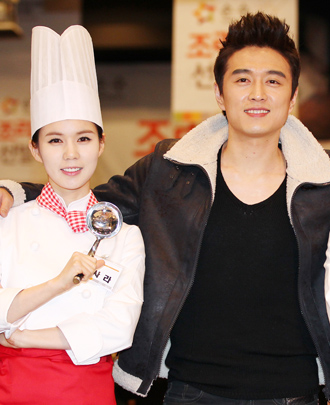 Single guys and gals take note: Park Si-eun and Jin Tae-hyun are off the market, having officially announced that they are a couple.

The two actors met on the set of “Pure Pumpkin Flower” last year where they fell for each other. The two are also connected by their Christian faith.

Netizens are speculating that wedding bells are in Park and Jin’s near future, as Park discussed her desire to settle down on Channel Olive earlier this month.

“As one of the most important aspects of being a good wife is being a good cook, I have developed an interest in cooking,” Park said.

She said she was looking for a husband because many of her friends are now happily married.

Yesterday, Jin’s agency, T Entertainment, told local media that, “Although they are in a serious relationship, it’s too early to set a date for the wedding.”

But that line is not likely to work for long. Sources close to the stars say that they wouldn’t rule out the possibility of a wedding date late this year or early next year.