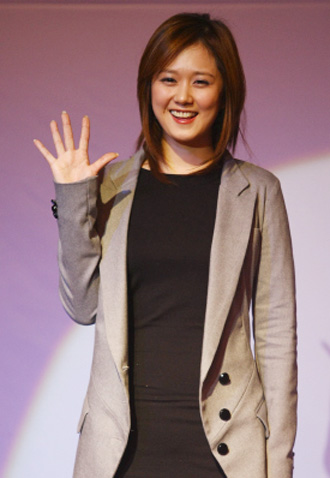 Korean actress Jang Nara and her father attended a press conference in China on Thursday to promote the Chinese drama in which both actors have starred.

The father and daughter pair attended the event for the drama “Race Course” at a hotel in Tsingtao where they were greeted by throngs of press.

Jang told journalists that it was hard work filming and that she hopes her dedication will pay off.

“I remember one time it was the middle of winter and I had to dive into the ocean. It was challenging, but I worked hard on it and I hope the fans will like it,” the 31-year-old actress said.

Earlier in the month, Jang and her father, Ju Ho-sung, attended another press conference in Beijing to promote the Chinese drama that began airing on April 11 on CCTV.

The drama is set in the days of the Qing Dynasty and tells the tale of a group of Chinese citizens who resisted foreign invasion and prevailed against exploitation and cruelty by competing at the race track. The show is also set to air in Korea later this year.