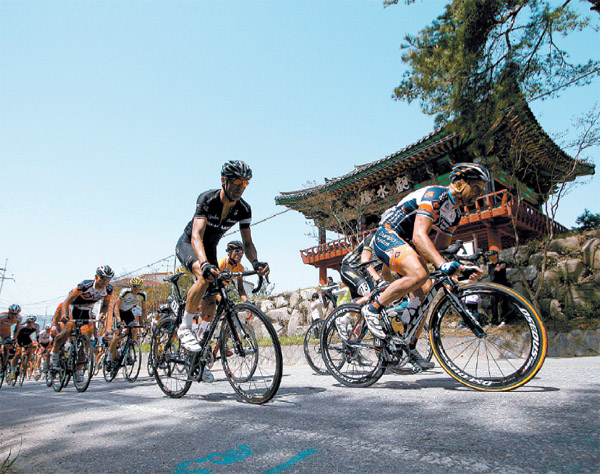 Cyclists race along the final stage of the 2012 Tour de Korea from Yeoju to Hanam in Gyeonggi yesterday. Park Sung-baek, a member of the Korea Sports Promotion Foundation team, claimed the yellow jersey reserved for the overall champion after finishing the eight-day tourney in 21 hours, 3 minutes and 33 seconds. Park, 27, became the first cyclist to win the event twice, after clinching the inaugural race in 2007. He also collected the green jersey as the best mountain climber with 12 points. American Candelario Alexander of Team Optum was second and Argentine Richeze Maximiliano of Team Nippo, who took the sprint jersey, was third in the overall rankings. [YONHAP]