2AM member dabbles in musical

2AM member dabbles in musical 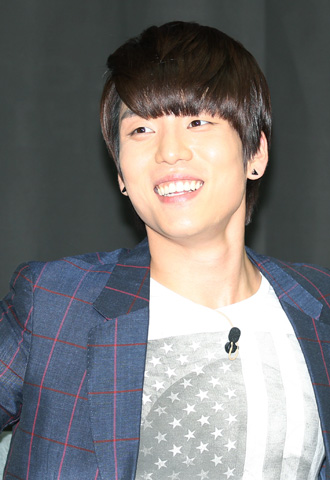 Boy band 2AM’s Lee Chang-min has become the latest K-pop star to make the transition to musicals. The 26-year-old is set to appear in “La Cage aux Folles” in which he will play Jean-Michel, the son of a gay couple.

“This scene is new to me, and I am definitely more comfortable being with my band members,” Lee said at a press conference on Monday. “Nevertheless, I want to give it all that I’ve got as I embark on a new part of my career.”

This will be the first time Lee has acted professionally, and he said his dance moves are a bit rusty.

“Because I’ve never acted before, deciding to take part in the musical was a big deal for me. .?.?. I’m not a good dancer, so I anticipate getting much help and advice from my fellow cast members,” Lee said.

Based on the 1973 French play by Jean Poiret, the musical focuses on a gay couple, Georges and Albin, and the comic plot unfolds when Georges’ son Jean-Michel brings home his fiancee and her ultraconservative parents. It will open in Korea on July 7.