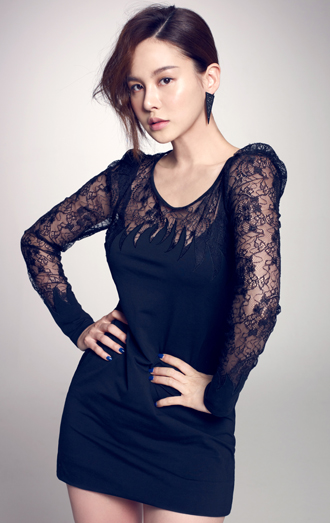 Singer Ivy spoke frankly on Tuesday about the sex tape scandal that forced her out of the entertainment industry for the last two years.

The actress shed tears on the SBS program “Mighty Heart” when discussing the impact the video had on her family and took the time to again deny that she appeared in the now-infamous footage.

“It’s such a touchy subject, to talk about the sex tape, but the truth is that there is no sex tape,” Ivy said bluntly.

The singer explained that the tapes used women who looked like her to trick fans into believing they were the real deal.

“The most painful thing about the whole ordeal was that my family was affected by it,” she added. “It was such a humiliating experience to think that when you type in ‘Ivy’ you get all these results titled ‘Sex Tape.’”

As part of her planned comeback, Ivy appeared on KBS2’s “Music Bank” on Friday before visiting “Sketch Book” on the same channel, and MBC’s “Music Core” and SBS’ “Popular Song” over the weekend.