KB Financial Group has ING Korea in its sights

KB Financial Group has ING Korea in its sights 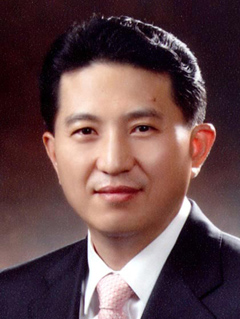 MANILA - Lim Young-rok, KB Financial Group president, said yesterday the Korean financial firm will channel all of its energy toward the acquisition of insurer ING Korea.

“Instead of crashing plates by spinning several of them in the air at once, we plan on concentrating on properly spinning a single plate,” Lim said yesterday at the annual Asian Development Bank meeting in Manila.

He added that investors have requested that KB Financial Group focus on regaining market credibility.

“Earlier, we met with our institutional investors and told them that we realized profits last year,” Lim said. “Yet one of them asked, ‘Why, then, is KB’s share value still low?’?”

Citing an earlier meeting with Sumitomo Mitsui Banking Corporation (SMBC), Lim said although KB Financial Group is one of the top three financial entities in Korea, it is miniscule compared to the Japanese financial firm.

“The Japanese banking firm ranks in the top 10 or 11 in the world and has over 1,000 trillion won [$884 billion] in assets whereas our assets amount to around 300 trillion won,” Lim said. “We’re still small compared to the past.”

“The private lenders have their own role in the financial system and for the financial industry to properly function, they have to play their role properly.”

As the country’s household debt at the end of last year exceeded the record level of more than 900 trillion won, the Korean government started to pressure the financial industry to reduce lending.

But as the situation has shown little improvement, government pressure has been spilling over to even the nonbanking and private lenders.

“There are even those with high credit ratings that seek out such lenders,” Lim said. “These are people who borrow short-term loans and it is easier for them to search for quick borrowings because the process in the conventional banking system is complex and scrupulous.”