Sweet Sorrow tickets sold out as soon as released

Sweet Sorrow tickets sold out as soon as released 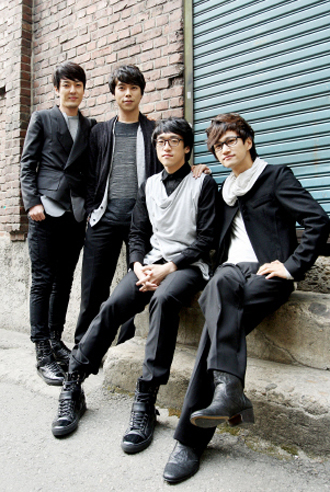 All 2,000 tickets for the vocal band Sweet Sorrow’s concert to take place on June 30 and July 1 have been sold out.
The tickets for their “Outdoor Concert - Summer Viva” event went on sale through Interpark on May 7 and tickets for both days were sold out in the same day.

The 2-day concerts to be held at Olympic Park are an encore performance to the band’s national tour concert which took place in March to commemorate the band’s third album.

The tour of the nation was the band’s first after making its debut more than eight years ago.

The production company behind the upcoming encore concerts said that the acts will blow the minds of the fans.

“The concert will take place against the backdrop of a lake, walkway and lush greenery; the location alone will be something to remember and the band is planning to make it a memorable night for the fans,” said a representative from the company.