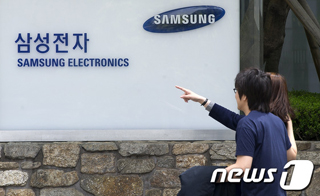 The number was higher than its original goal of 600.

“A higher-than-expected number of qualified high school students applied for various positions ranging from production lines to office jobs, and we saw ample possibility for Korea to overcome the long-held idea that a college diploma is a prerequisite for landing a job,” said a spokeswoman for the group. “Samsung originally planned to hire 9,000 high school graduates this year, but it will increase the number to 9,100 with yesterday’s recruitment.”

Among the extra 100 new hires will be orphans, high school graduates raised by single parents as well as students from farming and fishing villages.

The conglomerate’s campaign came after President Lee Myung-bak called on conglomerates to hire more high school graduates in an effort to bring down unemployment among youths with no college education.

Other conglomerates and companies have taken similar measures.

Previously, Samsung hired high school graduates mainly for its production lines. This was the first time it hired software developers who do not have college diplomas.

“We asked students applying for software positions to solve assignments by utilizing programming languages they’re good at,” the Samsung spokeswoman said. “Interviewers who evaluated their works figured they can develop and test software after completing the group’s training program.”

Of the 700 positions, 410 high school graduates got office jobs, 150 were hired to write software and 140 were placed in engineering positions.

Meanwhile, Samsung Electronics partially introduced an enhanced “smart work” system in April that allows its employees to work four hours on one day in the week as long as they worked the required 40 hours per week.

It is the first conglomerate in Korea to introduce such a system and analysts expect others to follow - perhaps the government, too.

Employees at Samsung’s Hwaseong semiconductor research center are already under the system, and it will be expanded to all 101,200 workers in July, the world’s No. 1 chip and mobile phone maker said.