China to see a lot of Kwon Sang-woo

China to see a lot of Kwon Sang-woo 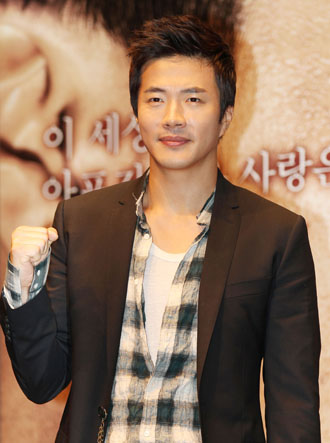 Actor Kwon Sang-woo’s first Chinese movie will make its premiere today. “Shadow of Love” also stars Hong Kong actress Cecelia Cheung and was directed by Poon Yuen-Leung. It will open at some 4,000 cinemas across China, marking the first time that a Korean actor has been involved in a movie of such scale in China.

Ahead of the launch date, Kwon attended press conferences on Monday and Tuesday in Beijing. More than 100 media outlets were present to catch a glimpse of the actor.

The romantic comedy starts with a wealthy heiress going missing and follows the adventure that ensues as her boyfriend finds a woman who looks exactly the same as his vanished lover.

Cheung plays both characters in the film and thus spends a lot of time with Kwon, her love interest.

Last year was quite a busy one for the Hallyu star, who continues to emerge in the Chinese market.

He collaborated with Jackie Chan on the movie “Chinese Zodiac” (2012) and took part in filming for Chinese drama “Poong Hwa Sul Wul” back in March.
By Carla Sunwoo