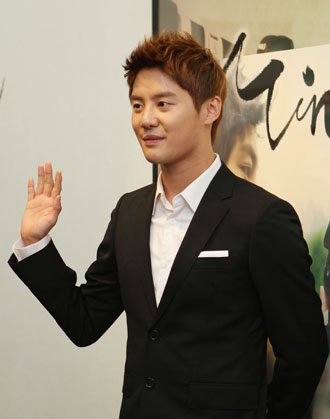 After JYJ’s Kim Junsu saw his new song “I Don’t Like Love” do quite poorly on some online music charts, he lashed out via Twitter against the calculation of rankings by music Web sites.

The 25-year-old, who performs as a singer and actor in musical theater, wrote on Saturday that such rankings are unreliable as they are calculated using too many varying methods. Some Web sites base a song’s ranking on how many times it has been streamed while others only consider how often it has been purchased by online customers.

The song, part of Kim’s first solo album “XIA-TARANTALLEGRA,” wasn’t even in the top 20 on a number of charts. Still, the boy band member said that he wasn’t bothered by its performance.

“I’m just satisfied that I can sing good songs and have fans who listen to my music,” he wrote. “Life isn’t fair, but I won’t give up.”

“I Don’t Like Love” was released on Friday, and the full album will go on sale tomorrow ahead of a concert in Seoul this weekend.