Ailing reality show band’s leader says he has a girlfriend

Ailing reality show band’s leader says he has a girlfriend 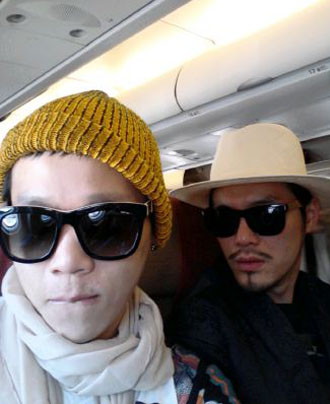 Lim Yoon-taek, singer from Ulala Session has revealed that he has a girlfriend on tvN’s “ E News” on Friday.
During his interview with comedian Byeon Gi-su, Lim mentioned that he was seeing someone. The singer had previously garnered much attention for his battle with stomach cancer.

“Previously, all my girlfriends knew that music came first and that at most, we’d see each other once a week. Due to that reason, a lot of them broke-up with me,” said Lim.
When Byeon asked if his current girlfriend was more sympathetic, Lim answered, “Actually she finds it difficult too. My mum actually calls her up and begs her to not leave me,” Lim bantered.

During the chat, Lim also took some time to send a special message to his girlfriend, saying, “I will become a better boyfriend. People matter more than music and you matter a lot to me.”

On May 10, Lim’s band released its debut album, “Ulala Sensation Part 1.” The album is doing well on online charts.