Tina Fey’s ‘30 Rock’ getting an odd exit from NBC

Tina Fey’s ‘30 Rock’ getting an odd exit from NBC 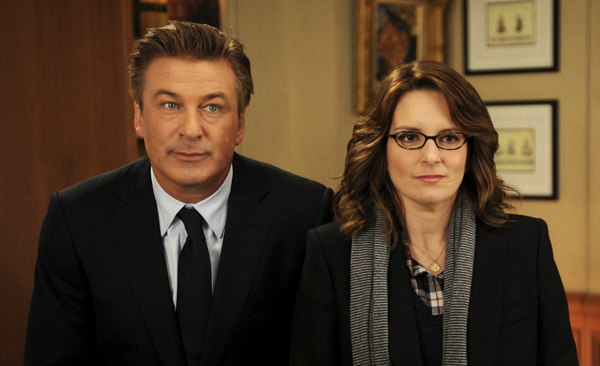 NEW YORK — Emmy-winning comedy “30 Rock’’ is being ushered out in an odd way by NBC.
Within the space of four days, NBC officials confirmed that “30 Rock’’ will call it quits for good after 13 episodes next season, denied it and then confirmed it again.
Asked to comment last Thursday on rumors that the Tina Fey-created sitcom was on its last legs, Lauren Roseman, network entertainment spokeswoman, said the series would end after its final hurrah next season.
Yet asked in an interview Sunday whether any of NBC’s current Thursday comedies would be on their last seasons, Robert Greenblatt, network entertainment chief, said they weren’t. All could return beyond next year if they do well in the ratings, he said.
“The audience gets a vote,’’ Ted Harbert, chairman of NBC Broadcasting, added. The two executives repeated that contention in a conference call with reporters nearly three hours later.
But when he went onstage at Radio City Music Hall Monday morning to present the fall schedule to advertisers, Greenblatt said it was the last season for “30 Rock.’’ AP