IU, now an icon for ramen too

IU, now an icon for ramen too 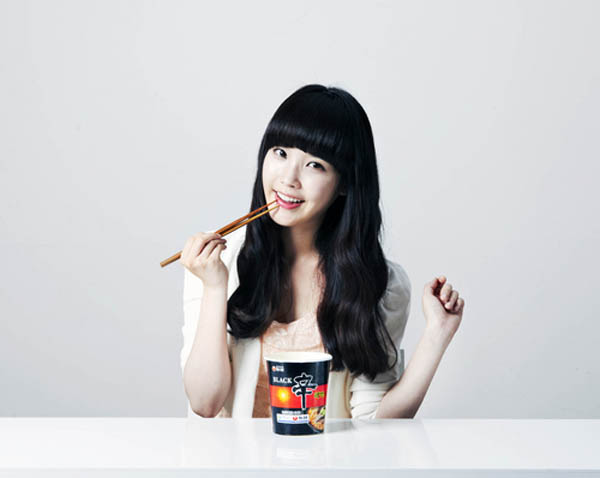 
K-pop soloist IU has become the new face of a special edition of Nongshim’s Shin Ramen, available in a disposable cup. The product was launched just in time for the International Exposition Yeosu 2012, which kicked-off on May 1.

IU is already the face of a different line of instant noodles from the ramen brand and will again attract the consumers’ interest by singing a catchy jingle for the “Black Shin Cup” using a melody normally associated with a Jeju folk song.

Nongshim said it chose IU as the face of the new instant cup-ramen as she has an image that appeals to both the old and the young.
“IU’s happy-go-lucky personality appeals to the youth as well as to older generations. As she is already an honorary ambassador for the Yeosu Expo, we thought she’d be perfect to promote the new product,” said a spokesperson from Nongshim.