Japan has fallen for Jung Yong-hwa

Japan has fallen for Jung Yong-hwa 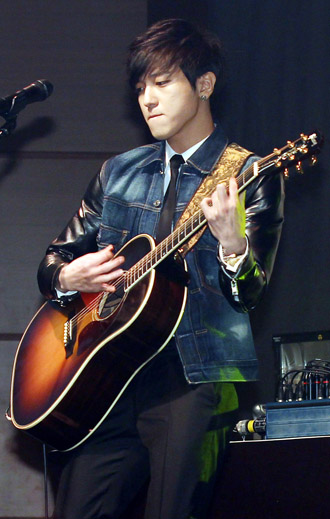 In the show, art imitates life as Jung plays the role of a university student who is aspiring to make it big as a musician.

Jung previously garnered much praise in Japan as his self-composed song “Because I Miss You” was performed on the television show.

The female lead is played by actress Park Shin-hye, with whom Jung also worked in filming the hit 2009 drama “You’re Beautiful.”

“We heard back from Fuji TV that the show will be aired late at night,” explained a spokesperson from FNC Entertainment.

Of late, Jung has made headlines for moving further into song production. FNC Entertainment announced on Tuesday that Jung composed a song for Korean native Juniel, winner of a Japanese singing-audition show.
By Carla Sunwoo