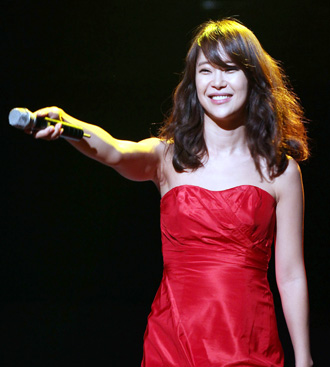 Male rights group Man of Korea has requested an injunction on the sale of Baek Ji-young’s new song “Good Boy.”

According to the organization yesterday, the group filed for the injunction because the new track “berates men.”

“The song contains lyrics that portray a relationship in which a female is older and suggests that her boyfriend is as stupid as a dog and needs to be tamed,” the organization said on its official Web site.

“In one part of the song, the way that the boyfriend talks back is likened to barking and biting the owner. The song berates men.”

“Good Boy” is the title track of Baek’s new album, which was released tomorrow.

Man of Korea went on to say, “Some people will claim that it’s an expression and that everyone is entitled to freedom of expression.

“But would it be an issue if the genders in the song were reversed?”