Veteran singer shows her softer side on audition reality show

Veteran singer shows her softer side on audition reality show 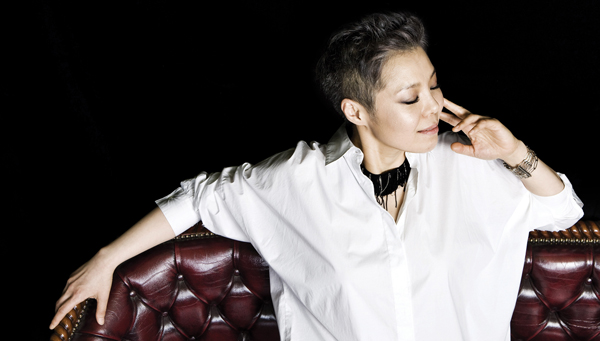 Singer Lee Eun-mi appears as the host and contestant on MBC’s audition reality show “I’m a Singer.” By Kwon Hyuk-jae


Veteran singer Lee Eun-mi was like a rose with sharp thorns. With her strong, sometimes stubborn, stance on issues related to K-pop, including her firm opposition to lip-syncing on the air, Lee, 46, was a beautiful yet unapproachable figure in the industry.

But as the host and a contestant on the second season of MBC’s singing reality show “I’m a Singer,” it seems Lee is showing the public a softer side of herself. In the show, she is featured in a more amiable light, laughing with the other contestants and seeming to enjoy herself in the hit show broadcast to millions of viewers nationwide.

Lee’s appearance in “I’m a Singer” came as a surprise to many people. In her memoir “Barefoot Diva,” published this February, the singer herself wrote, “I get upset when I see shows in which professional singers who are at the top of their field get judged and ranked.”

“To create tension on the program [‘I’m a Singer’], they edit the film and show these singers trembling in fear of getting eliminated,” Lee said when she met with the JoongAng Ilbo earlier this month ahead of her nationwide tour.

“I really hated seeing these singers’ expressions on the show.”

She said that was the reason she declined numerous offers to appear in the first season of “I’m a Singer.” For her appearance on season two, Lee accepted the gig as host and contestant under one condition:

“I told [the show’s producers] that I would appear in the program if the first place and last place contestants are featured on the air leaving the show together and not to line up the singers in a row, from first to seventh place,” she said.

As host of the show, Lee appears articulate and natural, earning her the nickname “news anchor” among her peers.

“I was so nervous that I would make a mistake on the show. I think I was able to come off natural because I knew the other singers on the show well and the songs they sung and how they changed them up from the original,” Lee said.

When asked if she was afraid of elimination herself, she replied, “That is really not important. The opinion of the judges does not reflect all of Korea and the world. Also, I don’t perform music because I want to be judged well.

“There might be a lot of people in this world that sing better than I do, but nobody sings like me. So [if she is eliminated] it is not something to feel ashamed of.”

In her memoir, Lee wrote that since she turned 40, she doesn’t get mad often.

“For a time, people called me a tiger in that I always seemed ready to criticize and fight. … I think then, I believed that kind of attitude was the only way I could keep doing music the way I wanted to,” Lee wrote.

Even with the more accessible role she takes on in “I’m a Singer,” Lee is still the strong-willed, barefoot diva when it comes to music.

For two and a half years from 2009, the 20th anniversary year of her debut, she went around to over 70 cities and performed.

She often had to perform two concerts a day, which meant that with preshow rehearsals, she had to sing nonstop for over 10 hours.

Lee confessed that after those concerts, it was hard to even breathe properly and that her whole body ached as if she had been beaten a thousand times. Worrying about these concerts, she said that there was one time she cried the whole way back to Seoul on her tour bus.

“The stage is a holy place for me because it is there that I search [for] my identity. I have to do my best to be the perfect version of myself so I always feel suffocated,” she said.

Next month, Lee will embark on another nationwide tour with around 20 scheduled concerts. And the singer also held her first fan meetings in Japan this month while finishing up her mini album, set to come out later this year.

“I don’t follow a particular religion but I pray sometimes. I pray that I will get to realize some day, even if it is right before I die, that I know what music is,” she said.