North could have worst drought in half century

North could have worst drought in half century 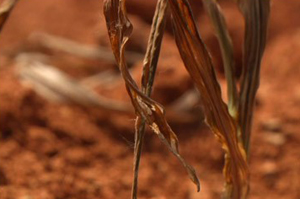 North Korea is suffering a severe drought, according to its state media, stoking concern that the isolated country could face another serious famine that allegedly led to the death of millions of people in the 1990s.

The Korean Central News Agency said on Saturday that the latest drought, hitting its western region the hardest, could be the worst in a half century.

If the unusually dry weather persists until the end of the month, it will be the driest May in 50 years in western coastal areas, the agency said.

The media said that there has been little rain in the country since April 25. In Pyongyang, it said, only two millimeters (0.07 inches) of rain has fallen in the past 30 days. 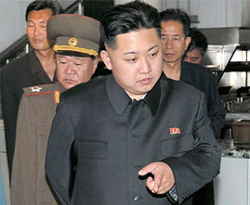 The Rodong Sinmun, another state mouthpiece, also expressed concern over a severe drought in the country in a posting on Friday, urging North Korean workers to help farmers struggling from crop damage triggered by the dry spell. It said tens of thousands of workers were mobilized in Sinuiju, a northwestern city, to help farmers irrigate the parched lands.

“The fight against drought is a race against time,” the Rodong said. “All sources of water must be developed and used efficiently.”

According to Daily NK, a Seoul-based media outlet specializing in North Korea, the starvation, worsened by the drought, is already taking its toll. It reported early this month that six people died in one village in Singye County in North Hwanghae due to the food shortage.

The report of the drought and starvation came as the North was promoting state-led initiatives to become a “strong” and “prosperous” country, a goal it set to achieve by this year.

The regime’s new leader Kim Jong-un has stressed the importance of economic self-reliance since taking over leadership from his late father Kim Jong-il, more so after the regime attempted a botched long-range missile test on April 13.

For the missile test, the North is estimated to have spent $850 million, the equivalent of enough food to feed all North Korean residents for a year. The U.S. also suspended an agreement to provide 240,000 metric tons of food to the North after the North launched a missile, which also caused additional sanctions by the United Nations Security Council against North Korea’s businesses overseas.

According to international aid groups, about one in four of the North’s 24 million people are suffering from malnutrition.