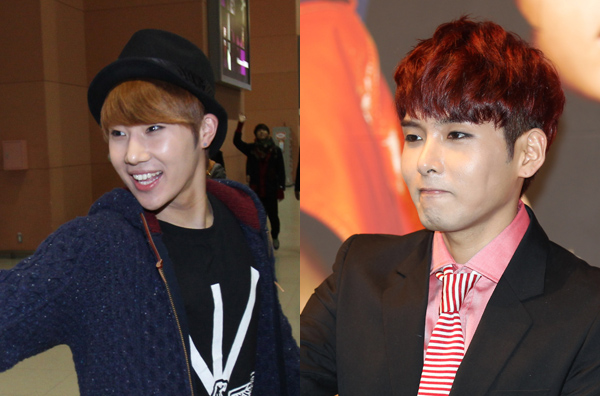 The two will record their first episode on June 4 for the show dedicated to singer Yang Hee-eun, which will air for two consecutive weeks from June 16 to 23.

Ryeowook is heralded as a vocalist with a unique voice and took part in the musical “Temptation of Wolves” last year.

Sungkyu is the main vocalist and leader of the boy band Infinite, which made its debut in 2010. He will become one of the youngest contestants on the show along with singer Ailee, who is currently a regular on the program.

Both of the new additions have been busy touring with their respective bands. Super Junior wrapped up its encore concert over the weekend.