FT Island treated to a show at its own concert

FT Island treated to a show at its own concert 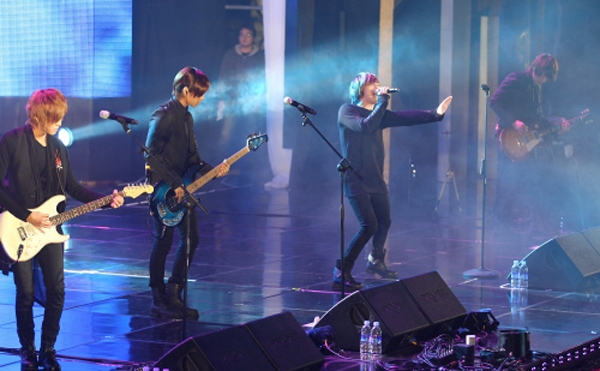 FT Island held a concert in Taiwan on May 26 and performed for a house audience of 8,000 fans.
The show became a sell-out after just ten minutes. However, it wasn’t just the fans who were treated to a spectacle that night.

To mark the band’s fifth year in the strenuous industry, coming up on June 7, Taiwanese fans held various events for the band members. During the song “I Confess,” the audience held up pink hearts made of paper, much to the delight of the band. It was reported that the vocalist Lee Hong-gi’s eyes welled up when he saw the touching gesture.

During the encore performance, fans held up placards that displayed a congratulatory message for the band on its fifth anniversary.

“We were so touched by our Taiwanese fans. We are so lucky to have fans like ours, and we’ll keep striving to become a better band,” said the hallyu group.
By Carla Sunwoo [carlasunwoo@joongang.co.kr]