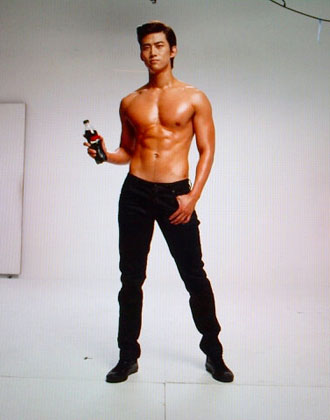 2PM’s Taecyeon has expressed his worry over not being able to exercise following surgery on his broken arm.
On May 29, the 2PM member, known for his athletic physique, used his Twitter to say, “10 days of not being able to work-out. I feel like Super Mario who has been deprived of mushrooms… I wonder if it’ll reach a point where I’ll have to start wearing orange skinny jeans. I’ve got to recover quickly.”

Upon reading the post, fans and netizens have started saying that Taecyeon may be addicted to exercise.
“I think 10 days of rest is fine,” said one netizen, while another wondered if the boy band member had an addiction problem.

Taecyeon injured himself while arm-wrestling with a band member while in Japan on May 16. He returned to Korea the next day to receive treatment and opted for surgery oh his arm.