Ten years ago, a crowning moment

Ten years ago, a crowning moment 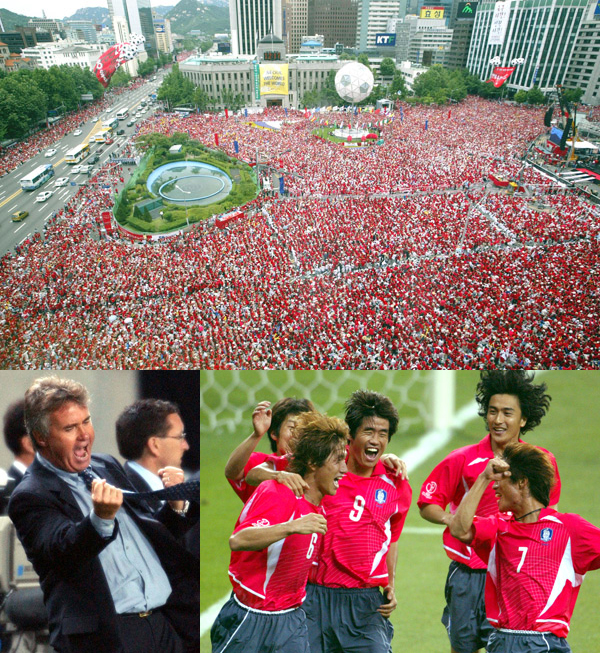 Today marks the 10th anniversary of the 2002 FIFA World Cup Korea-Japan, where the Taegeuk Warriors reached the semifinals and shocked the world. Many consider this as the best moment in Korea’s sporting history.

Top: More than 800,000 Red Devils gather in Seoul City Hall Square to cheer Korea on. Left: Guus Hiddink, the Dutchman who guided the team, became the top celebrity in Korea. Right: Korean players celebrate after scoring a goal during the match against Poland. Korea finished fourth in the event, still the best performance among Asian nations in World Cup history.[JoongAng Ilbo]