Jang Keun-suk No. 1 in one day

Jang Keun-suk No. 1 in one day 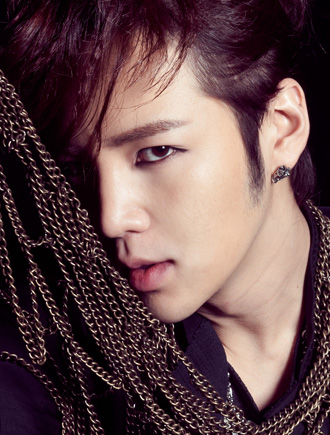 Hallyu actor-turned-singer Jang Keun-suk released his solo debut album on May 30 in Japan.
The 11-track album entitled “Just Crazy” usurped the No. 1 spot on Tower Records’ chart, after 130,000 copies of the album were pre-ordered before the release.
The album is being heralded as a mix of classic and British rock.

The track “200 Miles” from the album will also be the opening song to Japanese animation “Fairy Tail” to open in cinemas on Aug. 18.
Meanwhile the title track “Crazy Crazy Crazy” was released in April and was the No. 1 song on the weekly Oricon chart.
“Let Me Cry” was designated as the commercial song for Suntory’s line of makgeolli.

Jang will kick off his “2012 Jang Keun-suk Asia Tour — The Cri Show 2” in Seoul in July and take to Japan, China, Taiwan and Thailand.
By Carla Sunwoo[carlasunwoo@joongang.co.kr]