TVXQ drops a cluster bomb of success on Japan

TVXQ drops a cluster bomb of success on Japan 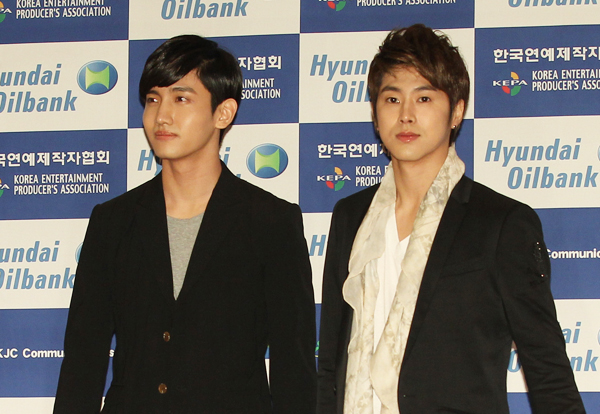 
Hallyu boy band TVXQ has again shown its force in Japan by topping various pre-order charts with its limited edition DVD and CD “Android.”
As at May 30, even before being released, the DVD containing moments from the duo’s concerts topped the pre-order DVD chart on Japan’s leading music Web site mu-mo.net as well as on Tower Records’ Web site.
Meanwhile, the band’s upcoming song “Android” managed to achieve the same result in the CD segment of the Web sites.

On other Japanese music Web sites such as HMV, Amazon Japan the band is performing within the top 1-3 spots.
Meanwhile on July 11, “Android” will be launched officially and the EP will contain two tracks.
On July 25, a special edition DVD containing moments from the duo’s “Tone” tour will be released.