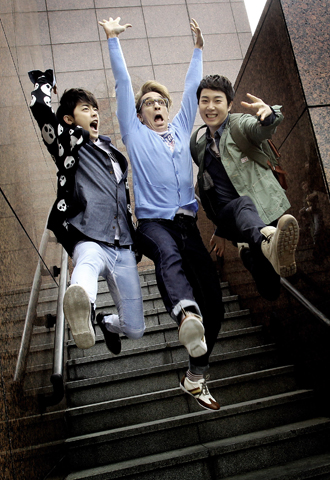 Trio band Busker Busker from “Super Star K” has exceeded 13 million downloads online.
According to statistics released by Gaon Chart on May 31, the band’s debut album containing 11 tracks accumulated more than 13,055,149 downloads from weeks in March 18 to May 19.

The album was released online on March 29 and the title track “Cherry Blossom Ending” was the most downloaded track of them all with 2,184,650 downloads.
The tune was also the most downloaded song during the second week of April and remained in the top 10 spots for the next six consecutive weeks.

“For an album to exceed 10 million downloads, especially for a new artist, is unheard of. And six out of the 11 tracks amassed more than a million hits which is just phenomenal,” said a representative at Gaon Chart.
At the stores, too, the physical sale of the records have exceeded 70,000 copies so far, set to hit the 100,000 mark soon.
By Carla Sunwoo [carlasunwoo@joongang.co.kr]