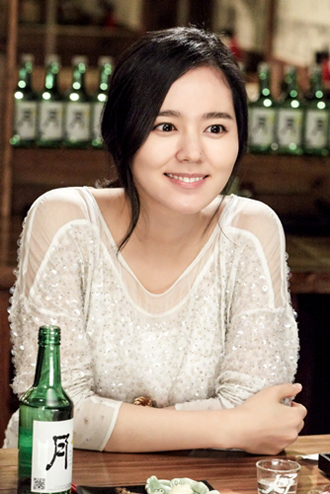 For the first time ever, actress Han Ga-in will become the face of Korean alcoholic beverage soju “Wol” which means “Moon” and is also the name of the female shaman character that Han played in the hit drama “The Moon Embracing the Sun.”

“We thought that Han’s character possessed sort of a ‘healing and consoling’ characteristic that is in line with our beverage,” said a representative from Bohae, the liquor company behind the line of soju.

Back in April, the actress whose popularity sky rocketed after the MBC drama said that due to her “pure” and benign image, that she was always typecast to play such roles and that she wanted to break away from such a public image of herself.
By Carla Sunwoo [carlasunwoo@joongang.co.kr]