‘Lost’ star Kim Yun-jin back on ABC in new drama

‘Lost’ star Kim Yun-jin back on ABC in new drama 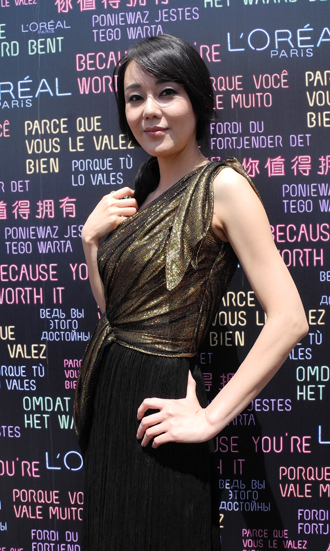 Actress Kim Yun-jin, who rose to fame through the U.S. television series “Lost” on ABC, will return to the major broadcasting network this summer in the new drama series “Mistresses,” in which she will star as Karen, one of four lead characters.

Kim plays the role of a successful psychiatrist who falls in love with the son of a patient, whom she met at the patient’s funeral.

“Although the plot itself may seem too dramatic, there are not many yelling, sobbing or overly dramatic scenes,” Kim said in an interview with the JoongAng Ilbo.

“It also contains sexual scenes that may make it seem similar to ‘Desperate Housewives.’?”

The Korean-born actress said she there is a noticeable difference in the way the network treats her now compared to before “Lost” took off.

“I was amazed when the American crew called me by name with the accurate pronunciation from the first day of filming.” Kim said.

“Usually, when filming American dramas, numbers take the place of actors’ names, like ‘Actor 1,’ ‘Actress 2’ and so on. I was ‘Actress 6’ during “Lost,” but it was different in ‘Mistresses,’?” Kim added.

“It took almost a month for the ‘Lost’ crew to learn my name. Compared to then, I am being treated so much better now.”

Kim was born in Seoul and moved to New York at the age of 10. She has worked actively in both the Korean and U.S. film industries.

Her Korean debut came in 1999 in the blockbuster film “Swiri” about North and South Korean spies who battle and fall in love. She went on to win the Grand Bell Award for best actress for her role in the thriller “Seven Days” (2007).

Recently, L’Oreal invited Kim to walk down the red carpet at the Cannes Film Festival on May 25 and 26.

The release of her latest Korean film, “Neighbor,” directed by Kim Whee, is set for this July. Kim said was drawn to the project because of the book it’s based on.

“I enjoyed the book written by cartoonist Kang Pul, which the film is based off of,” Kim said. “The best thing about the film is the ensemble. It only becomes better towards the end.”

Kim said she hopes to be invited to the next Cannes Film Festival for her work as an actress.

“I became ambitious when I saw 75-year-old actress Jane Fonda walking down the red carpet at the Cannes Film Festival.

“I want to be like her when I get older. I will do my best and keep a positive mindset.”