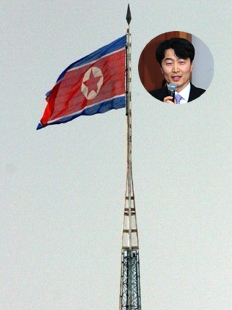 “The madcap smear campaign ... is nothing but a ‘witch hunt’ of modern version and sordid fascist politically-motivated terrorism,” the North’s Committee for the Peaceful Reunification of Korea said in an English-language statement carried late Thursday by the country’s state-run media Korean Central News Agency.

The public pressure was caused by widespread concern that the lawmakers’ alleged pro-North Korea beliefs could pose a threat to national security, considering their track record.

Both lawmakers were convicted of engaging in pro-North activities in the past and allegedly espoused North Korea’s guiding juche philosophy of self-reliance.

The two were also accused of being involved in the UPP’s alleged rigged primary designed to select proportional representation candidates for the April legislative election.

Lee and Kim have so far refused to quit their seats, prompting the Saenuri Party to propose a joint motion with the main opposition Democratic United Party to strip them of their seats.

An ouster requires two-thirds approval from the 300-member National Assembly and the two main parties have 277 seats, combined.

The North’s propaganda outlet also claimed the South Korean conservative party was resorting to intrigues to annihilate progressive forces and “create a situation favorable for the conservative forces to stay in power before the ‘presidential election.’ ”

“It is none other than such pro-U.S. lackeys, anti-reunification confrontation maniacs, fascists and chief culprits of scandals as the group of the Saenuri Party that should be eliminated,” the the North’s statement said. Yonhap