FT Island threw a party, and everyone was invited

FT Island threw a party, and everyone was invited 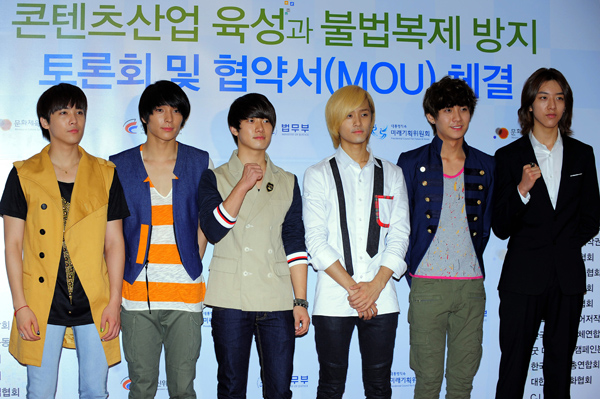 
FT Island threw a fan meet on June 2 at Yonsei University in northern Seoul to mark the fifth year since its debut.

The event, called “Pri Party 2, Oh, F Day!” lasted three hours and 30 minutes and included a mini concert and a cocktail-making session. Band members also searched for their ideal mates among the crowd.

The group serenaded attendees with hit songs like “Severely” and “Hello Hello” as well as its new Japanese single “Stay.”