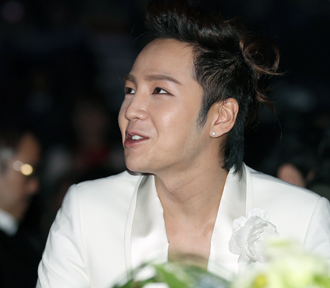 Actor and singer Jang Keun-suk has added another achievement to his ever growing portfolio, this time as a chef extraordinaire.

Jang will release a cookbook entitled “Jang Keun Suk Love Recipe,” which will go on sale from Sunday in Japan.

In the book are 20 recipes of Jang’s favorite meals to cook for friends, family members and even that special someone.

Each dish is said to have a personal touch added by the Hallyu prince himself. Jang’s favorite meals to eat such as kimchi jjigae (soup), seasoned raw crab and gujeolpan (platter of nine delicacies) are included.

The book is sold with a DVD that captures moments from behind the scenes where Jang personally took to preparing the dishes himself.

In addition to cooking up a storm, Jang has been busy of late dominating the Oricon chart in Japan.

On May 30, he released his first solo debut album, which reached the No. 1 spot on the Oricon Daily Singles Chart.