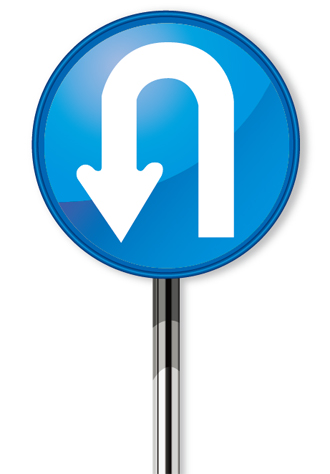 Some Korean manufacturers are moving production back to Korea about a decade after they left looking for cheap labor abroad.

Rising labor costs in China and the long time it takes to ship goods back to the domestic market are the major reasons for the U-turn.

Seoul welcomes such news and is set to give more incentives to coax more companies back. The government wants to create more local jobs and raise the employment rate.

The government pats itself on the back by saying companies are coming back to get the benefits of the free trade agreements it has aggressively pushed.
Yet companies say they want to be more competitive on the local market, not in exports to the U.S. or Europe.

“We don’t think that we get benefits from FTAs yet,” said one executive of a small company that recently moved production back to Korea from China. “We came back to keep our domestic market, because our business partners in Korea want us to deliver the finished products as rapidly as possible as fashion trends are changing more swiftly than before.”

Lim Byung-il, executive vice president of Young Plaza, a small clothes-making company that moved back to Korea from Shanghai in March said, that the government should focus more on helping companies adjust to the local market.

Currently Young Plaza is waiting to move into the fashion industrial complex called MIK, which stands for “Made in Korea” in Chungju, North Chungcheong. Since the complex is not yet open, the company temporarily settled nearby. The Knowledge Ministry said the opening date has not been announced, but will definitely not fall within this year. 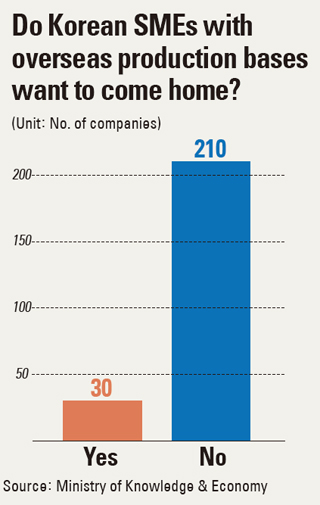 The major incentive is a corporate income tax cut, which will be waived for five years and cut 50 percent for the following two years when entire productions are moved back to Korea. Companies partly moving their production to Korea will get a 50 percent tax cut for seven years.

Also, the government and district offices will provide some financial support for local factory construction, up to 6 billion won.

The tax exemptions and investment support only apply to those companies that move into factories outside of the Seoul metropolitan area.

The ministry is currently talking to around 10 companies to set detailed moving plans from China.

Although there are some companies in Vietnam interested in returning, the majority are based in China, said deputy director Ko.

The major reason for their return is rising labor costs in China.

“When we don’t see enough benefit from operating overseas, there is no reason for us to stay there,” said Lim.

The minimum wage in Korea ranges around 1.2 million won a month, Lim said, about twice as high as in China.

Although tax exemptions are good, companies say they need the government’s help to recruit a quality labor force. Almost half of the companies returning have less than $3 million in annual revenue, and they say it’s hard to invest much on finding quality labor.

The government is set to issue working visas for foreign workers for up to 10 percent of the employees for returning companies. The new measure takes effect July 1.

More of the returning companies are keeping some operations running overseas, especially for sales on the local market, like in China. 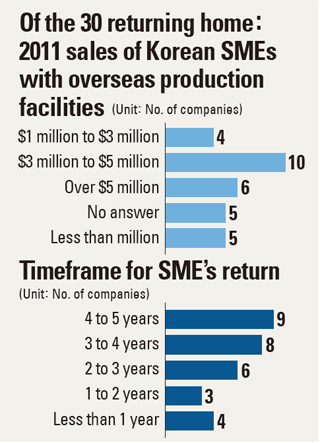 However, companies are a bit wary of being labeled as U-turn companies because some people still blame them for moving production overseas after the painful Asian financial crisis in the late 1990s.

“When a company says it returned from overseas, some still instantly think the companies might be unstable,” said the official.

The ministry surveyed 240 Korean companies operating overseas late last year in cooperation with the
Korea Trade-Investment Promotion Agency (Kotra) and the Korea Chamber of Commerce and Industry. Some 30 companies, or 12.5 percent of respondents, expressed interest in bringing their production back to Korea.

* Kotra also launched a team specialized in assisting U-turn companies and is set to launch teams at the overseas office in China and Vietnam this month.