IVY, “I respect ‘Musical actors’. And this is why”

IVY, “I respect ‘Musical actors’. And this is why” 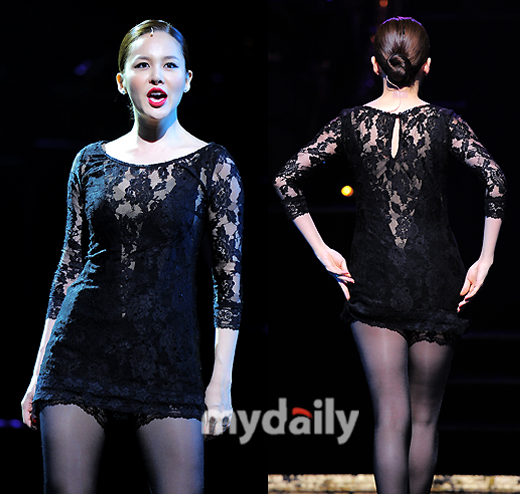 Pop female singer, IVY, attended the musical ‘Chicago’ press call at D-cube art center. She said, “After watching the show ‘Chicago’ in 2008 starring Juhyun Ok, I also wish I could be in it someday.” (JuHyun OK is also a famous singer, who played the heroin, Roxie, in the classical musical).

“It is such an honor to play a leading role in such famous musical,” said IVY. She continued, “Singers need to focus on stage about 3 1/2minutes but musical actors have to be on stage for more than 2 hours. I have great respect for their passion.
The musical ‘Chicago’ will be on Dcube Art Center from June 10th to October 7th.