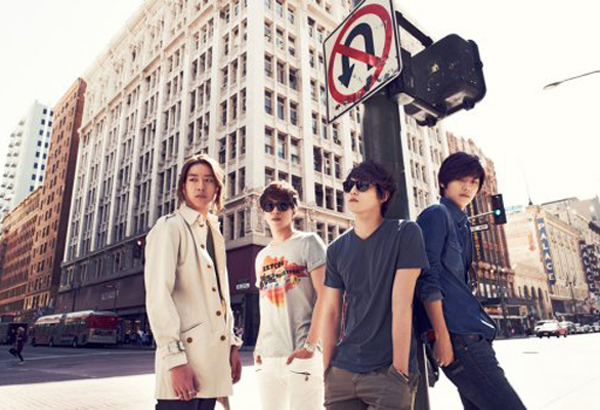 
CN Blue has slated the release of its fourth Japanese single, “Come On,” for Aug 1.
The album, containing four tracks, will be made available in three formats: a standard album and two special edition albums.
The varying editions will contain either a DVD or a photo book of the group.

Last month, the K-pop band, which plays its own instruments, garnered attention for being credited in the unlikely pages of a Thai text book.

A Thai student uploaded a picture of a page taken from their music textbook on May 14, in which a picture of the band and a caption are visible.
The textbook denotes the band as such: “A popular Korean band. The group is known for its lively beats and sentimental lyrics.”