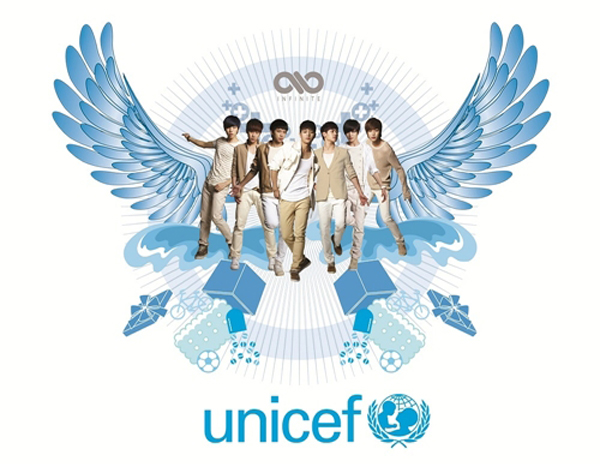 Boy band Infinite has shown that it has more than just good looks and talent. The members exemplified their hearts of gold by getting involved with the Unicef “I Donate My Birthday” campaign, which encourages fans to ask their friends and family to donate to the organization rather than receiving birthday gifts.

The band will begin taking an active part in the promotion from the second week of July and a video featuring the band will be made available from Unicef’s official Web site from the third week of June.
For now, on the campaign’s Web site, fans and patrons are given the chance to win one of 50 Infinite-signed merchandises if donations are made in their name.

“It’s an honor to take part in such a great project. We expect a lot of people to get involved,” said a spokesperson from the group’s agency.