U.S. Secretary of State Hillary Clinton, second from right, U.S. Secretary of Defense Leon Panetta, right, Korean Minister of Foreign Affairs and Trade Kim Sung-hwan, second from left, and Minister of National Defense Kim Kwan-jin, left, participate in a news conference on Thursday at the State Department in Washington. Clinton and Panetta met with their Korean counterparts for the so-called 2+2 meeting on bilateral, regional and global issues. [AFP/YONHAP]

“I think we are making good progress, and our hope is that we can arrive at an agreeable solution soon,” Panetta said at a joint press conference after the one-day, so-called 2+2 meeting in Washington Thursday. Foreign Minister Kim Sung-hwan and Defense Minister Kim Kwan-jin represented Korea and State Secretary Hillary Clinton accompanied Panetta on the U.S. side. 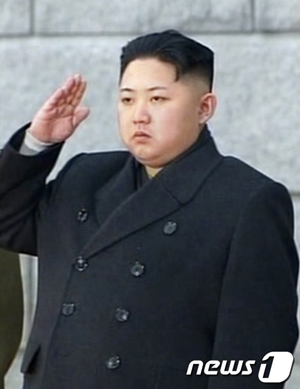 Seoul repeated its long-standing call to ease the limits on the range of its ballistic missile, which is 300 kilometers (186 miles) under a 2001 revised treaty, after the North tested a long-range missile in March. The test, which Pyongyang said was an attempt to put a satellite in space, failed, and rumors followed of a third nuclear test.

At the 2+2 talks, the second of its kind after a first round in Seoul in 2010, the ministers also agreed to initiate joint defense initiatives to address nontraditional security concerns including attacks in cyberspace.

Jamming signals from the North for two weeks from late April affected the GPS systems of more than 800 flights and ship sailings in the South. A few days ago, the North warned of a “special action” against the South in retaliation for what it claimed was Seoul’s hostile remarks and actions against the regime.

Early this month, South Korean police said the North was behind unsuccessful cyberattacks on Incheon International Airport in March 2011, using viruses planted in game programs. They are also suspected in last Saturday’s cyberattack against the JoongAng Ilbo and Korea JoongAng Daily, which destroyed servers.

“A proactive and whole-of-government approach is needed to address the increasing threats in cyberspace, which may put the infrastructure of both our nations at great risk,” read the joint statement adopted at the talks. “To this end, they [the ministers] decided to establish a cyberissues dialogue involving relevant ministries and agencies, which will help coordinate our government, military and commercial security policies.”

The ministers urged the North to cease its provocations and stop threatening the alliance, which they called a “linchpin of stability, security and prosperity in the Asia-Pacific region and increasingly around the world.”

Foreign Minister Kim said at the press conference that the two allies will react to another North Korean provocation with “a very decisive response.” Defense Minister Kim cited the intelligence sharing and combined crisis management system at the time of the North’s long-range missile launch on April 13 as evidence of joint preparedness against North Korean threats.

“We are hoping that [Kim Jong-un] will chart a different course for his people,” Clinton said.

There were no specific details announced Thursday regarding the schedule for the next 2+2 talks, but Seoul officials said the four ministers agreed to continue having such talks, although perhaps not on a regular basis. South Korea is the third country that the U.S. is having 2+2 talks with among its allies. Japan and Australia have had the same format of talks with the U.S.

“It’s clear that on many of the pressing issues of the 21st century, the world is looking to Korea, and Korea has shouldered and welcomed its new and growing responsibilities,” Clinton said.

The four ministers assured that the transfer of wartime operational control of forces from the U.S. to South Korea, slated for 2015, is on schedule.

The two countries initially agreed to complete the transfer of wartime command by April 2012, but in 2010 they deferred it to Dec. 1, 2015.